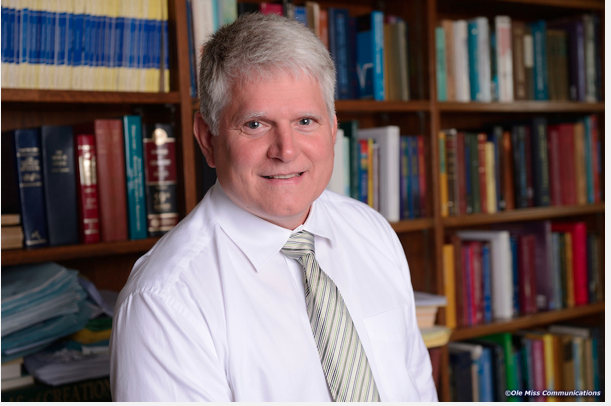 RESEARCH SUMMARY
Spectroscopy and computational chemistry The overall goal of our research is the elucidation of chemical pathways by determining potential energy surfaces and characterizing reactive intermediates. We use both experiment and theory – matrix isolation spectroscopy and ab initio quantum chemistry. Currently we are focusing on the following areas, but students are encouraged to suggest other interesting projects.
1) Reaction of oxygen atoms with small organic molecules on the singlet and triplet electronic surfaces.
2) Hydrocarbon isomerizations and strain energies of small ring systems which incorporate trans double bonds on the reaction surface. A few specific examples are given below.

A technique suited for the isolation and characterization of reactive and unstable species is matrix isolation. Reactive intermediates such as free radicals and structures which have shallow minima on the reaction potential energy surface can be generated and trapped in an inert matrix (usually argon) at cyrogenic temperature (10 Kelvin) and examined by spectroscopic methods. Several methods such as thermolysis, photolysis, and plasma techniques are used to initiate the reactions and generate the species of interest. Condensation of the reaction mixture onto a 10 Kelvin substrate then “freezes” the reaction so that intermediates can be isolated; species can also be generated in the matrix itself through photolysis. The inert host matrix prevents further aggregation in addition to simulating a gas-phase environment while the low temperature quenches rotation and simplifies the vibrational spectrum, allowing for very sharp vibrational bands. For example, we were the first to report the production of butadienylketene from the reaction of benzene with oxygen atoms (J. Am. Chem. Soc. 1999, 121, 4721). The ketene product was stabilized by the matrix environment making its characterization possible (Scheme 1).

Another area of interest is the thermal isomerization of strained hydrocarbons. Tricyclo[3.1.0.02,6]hexane will thermolyze to give 1,3-cyclohexadiene. Arguments about whether the reaction could proceed through the (E,Z)-1,3-cyclohexadiene intermediate existed on both sides; through multiconfiguration self-consistent field calculations, we were able to show that the reaction indeed does go through the (E,Z)-1,3-cyclohexadiene intermediate (J. Phys. Chem. A 2003, 107, 198). Although the first step of the reaction can be described using a single-determinant wavefunction, the isomerization of the intermediate (E,Z)-1,3-cyclohexadiene via double bond rotation cannot. At the MP2 level the final product is erroneously bicyclo[2.2.0]hex-2-ene instead of 1,3-cyclohexadiene. Natural orbital occupation numbers verify the singlet biradical nature of the transition state, providing further proof of the necessity of a multiconfiguration treatment in the wavefunction. This is an example of MCSCF calculations adequately describing the entire PES, while single-determinant methods only describe part of it. The (E,Z)-1,3-cyclohexadiene intermediate is interesting in its own right. It exists in a very shallow well (3 kcal/mol) due to the high strain energy of incorporating a trans double bond in such a small ring. We are also studying the size limit for various rings with one or more trans double bonds and following their isomerization pathways using ab initio methods. The biradical nature of the transition state in the thermal isomerization of tricyclo[2.1.0.02,5]pentane to 1,3-cyclopentadiene is shown in Figure 1; two singly-occupied molecular orbitals are apparent. The prospective student will use a variety of ab initio methods on both linux clusters in our lab and mainframes maintained by the Mississippi Center for Supercomputing Research. Students interested in experimental physical chemistry will use the matrix isolation apparatus as well as learn to use computational chemistry techniques. These tools are extremely valuable as an aid in analyzing the vibrational spectra obtained experimentally.