Ryan Fortenberry explicates the chemistry of the cosmos—clearly. 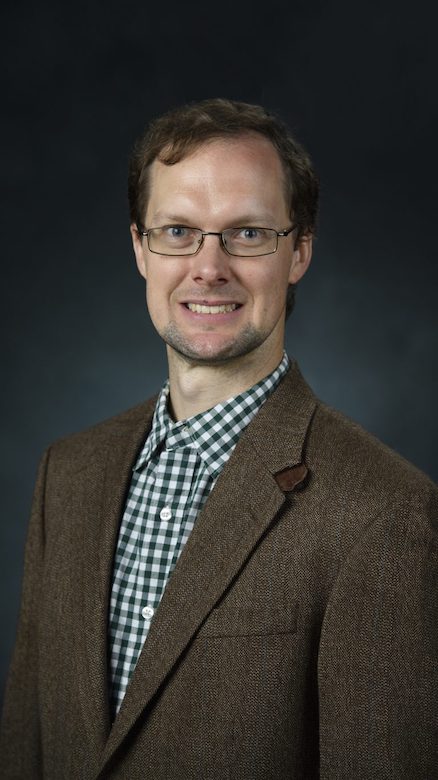 “Science should be explained like campfire stories,” said Ryan Fortenberry, assistant professor of astrochemistry, a subspecialty that explores chemistry in outer space. “Any science concept can be talked about in everyday language.”

Fortenberry wants to reduce jargon in scientific prose, as evidenced in the February 2020 issue of Scientific American, “The First Molecule in the Universe.”

In it, he traces the discovery of a new molecule found in space, helium hydride (HeH+), which scientists believe is the first compound ever formed in the Universe.  The bonding of helium and hydrogen atoms was once thought impossible by chemists, but, in space, radically different temperatures and pressures create unpredictable reactions. The discovery of HeH+ calls into question accepted truths about chemistry overall.

Explaining the discovery, Fortenberry wrote: “By studying chemistry in environments so very alien compared with Earth . . . we can find molecules that challenge our usual notions of how atoms interact and bring us to a deeper chemical understanding. Ultimately we hope to learn how chemistry led to the ingredients that ended up in the planets in our solar system and eventually enabled life.”

Fortenberry entered the nascent field of astrochemistry through a back door. He’d known from a young age that he wanted to write about science, and to do that knowledgeably he felt he needed a graduate degree, so he entered the Ph.D. program in chemistry at Virginia Tech.

“The program was way outside my comfort zone, and I wanted to quit,” Fortenberry said. “Then I came across a research fellowship offered through the Virginia Space Grant Consortium that introduced me to astrochemistry.  Discovering this specialty changed my life and gave me a reason for sticking out graduate school.”

As a researcher, Fortenberry explores the interaction of light with molecules in space. He uses supercomputers to predict ultraviolet, visible, infrared, and microwave fingerprints of various chemical compounds.

To crunch the numbers for his research, Fortenberry counts on the high-end computers in the Department of Chemistry and Biochemistry and at the Mississippi Center for Supercomputing Research. The center provides sophisticated technical resources to Mississippi’s public colleges and universities statewide.

He has published his findings in more than 100 peer-reviewed journals and stands as comfortably in the esoteric realm of Journal of Chemical Physics as he does in Scientific American, ground zero for unpacking new concepts in science and technology to laypeople.

“Dr. Fortenberry is not only an exceptional scientist but also a gifted communicator who can readily explain complex scientific concepts in ways that both students and the general public find easy to understand,” said Greg Tschumper, chair and professor of chemistry and biochemistry.

Fortenberry, who has published a book about science writing—Complete Science Communication: A Guide to Connecting with Students, Scientists, and Journalists (Royal Society of Chemistry, 2019)—would like to teach a journalism class to UM students.

“We are entering an era when understanding complex topics, like the science behind climate change, will be important for everyone to grasp,” he said. “The only way to do that is through clear communication.”