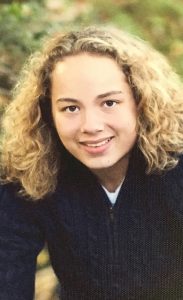 UM junior Nicholas Kruse, a chemistry and physics major from St. Louis, is a B. S. Chemistry major concentrating in Chemical Physics.

OXFORD, Miss. – What’s actually in the electronic cigarettes you’ve been smoking as a “safe” alternative to tobacco?

With much speculation surrounding the safety of e-cigarettes over the past few years, University of Mississippi junior Nicholas Kruse wanted to determine whether top e-cigarette manufacturers are accurately listing ingredients in the e-cigarette fluid that becomes the vapor in “vape.”

“We can’t actually know what the health effects of e-cigarettes are if we don’t know what’s in them,” said Kruse, who is double-majoring in chemistry and physics with minors in German and mathematics.  So, he created a research project to answer that question.

“It’s important for people to understand what they’re putting in their bodies in order for them to make good decisions about their health,” Kruse said.

Step one was identifying the chemical makeup of the brands. Because the information he sought wasn’t always on company websites, Kruse did some research to compile information about e-cigarette fluids.

He then created a research plan that starts with replicating those fluids in lab.

In the next phase of this ongoing study, the compounds will be broken apart into particles, using a laser in a type of chemical analysis called Raman spectroscopy, which is based upon the interaction of light with the chemical bonds within a material.

This cutting-edge instrument analyzes chemical structures in detail, down to the molecular level.  It lets scientists know exactly what is in a chemical compound.

Using these resources, Kruse hopes to identify what is in e-cigarette fluids that isn’t being disclosed by manufacturers.

According to Kruse’s research plan, experiments will be conducted at the Hammer Research Group, founded by his mentor, Nathan I. Hammer, the university’s Margaret McLean Coulter Professor of Chemistry and Biochemistry.

The Hammer Lab is known for cutting-edge research in developing a molecular-level understanding of the effects of noncovalent interactions – the basic chemical bonds found in biological systems – on the properties of new materials and important biological and synthetic building blocks. The lab’s research has been published in leading academic journals, including The Journal of Physical Chemistry.

“I came to the University of Mississippi from my home in St. Louis, Missouri, in order to work in Dr. Hammer’s lab,” Kruse said. “I hope to one day become a research professor at a university, like Dr. Hammer. He’s a pioneer in his field, and I’ve been really lucky to be able to work on his team as an undergraduate.”

For his next project, Kruse will mimic the environment of outer space to study complex chemical compounds. Known as dipole bound-anions, these compounds are found mostly in outer space but also can appear in the human body. Studying them will yield greater insights into multiple scientific disciplines, including pharmacology and the development of drugs.

When he’s not in the lab, Kruse can be found studying German, working on his collection of Star Wars memorabilia or fueling his passion for sharpening Ole Miss students’ academic insights and abilities through tutoring.

“I love teaching,” Kruse said. “There’s nothing like seeing someone’s face light up with joy when they finally understand something.”

Kruse also loves being taught. For his bachelor’s degree in chemistry, he is pursuing a new emphasis in chemical physics offered by the Department of Chemistry and Biochemistry.

“Nick is a great B.S. chemistry major,” Hammer said. “We are excited that he is doing so well in our program and enjoying research.”