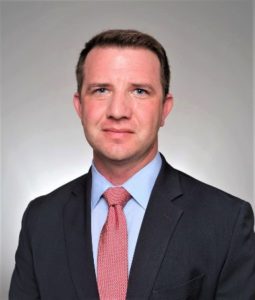 Jason Hudson has 15 years of experience in forensic toxicology practice within government laboratories and medical examiner systems. He holds a B.S. in Forensic Chemistry from the University of Mississippi, a M.S. in Chemistry and a Ph.D. in Chemistry and Biophysical Chemistry from the University of Alabama at Birmingham. His graduate work was focused on the thermodynamic and structural characterization of small molecules and their interactions with higher order DNA structures. He is certified as a Fellow with The American Board of Forensic Toxicology and an active member of The Society of Forensic Toxicologists (SOFT).

After receiving his Ph.D., he accepted employment as a Forensic Toxicologist at the Virginia Department of Forensic Science in Richmond, VA. There he conducted analysis of biological specimens for the presence of drugs and alcohol, steered method development and validation processes for the transition to LC-QQQ instrumentation from GC-MS instrumentation, certified case reports, and testified over 200 times in Federal and State courts as an expert witness.

In 2015, he became the Toxicology Section Chief and Technical Lead at the Alabama Department of Forensic Sciences in Birmingham, where he was responsible for managing the scientific staff, reporting and reviewing certificates of analysis, serving as an expert witness in court proceedings, and conducting the development and validation of new analytical methodologies for response to emerging drug trends. While acting as the technical lead, he oversaw the validation and integration of high-resolution mass spectrometry-based screening by QTOF within the laboratory workflow and the development of the state’s oral fluid analytical testing program for driving under the influence of drugs casework.

In 2019 he accepted the position of Chief Toxicologist at the North Carolina Office of the Chief Medical Examiner (NC OCME) in Raleigh, NC. His responsibilities as the Chief Toxicologist at NC OCME include oversight of the OCME Toxicology Laboratory and serving as the director of record, case certification, toxicology report results consultation with forensic pathologists, and directing the research and develop functions of the laboratory. Notable actions include the development and implementation of the laboratory information system (LIMS), utilization of the Orbitrap high resolution mass spectrometer for postmortem drug screening, and the incorporation of automation equipment for preparation and extraction of postmortem specimens in the laboratory.

Currently, he is the Scientific Director for Quest Diagnostics – Toxicology in Lenexa, KS. His duties include holding the required lab licensure for the laboratory, fulfilling the duties of laboratory director and directing method development/validation initiatives for the business unit. Additionally, he serves as a subject matter expert for consultation about toxicological siginificance, interpretation, and correlation of data to Quest Diagnostics customers.

When and why did you decide to major in forensic chemistry?
I decided very early in my academic career to major in forensic chemistry.  I began as a freshman in 1999 as a Forensic Chemistry major and graduated in 2003.  I was interested in Forensic Chemistry because the applied nature in Forensic Science labs intrigued me, and it was also a rigorous and well rounded program that would allow for a transition to postgraduate education if that is where my path led.  Additionally, Forensic Chemistry was on the Academic Common Market for my home state of Tennessee that allowed for in-state tuition for my undergraduate degree.  It made the overall program very appealing for me.

What were some significant accomplishments or favorite memories from your time at UM?
I grew up in a family of Ole Miss Alums, so I have memories of Ole Miss prior to my attendance.  My memories are mostly centered around a few key professors that had a lasting impact on me and the challenging nature of the curriculum in the program.  I really felt a sense of accomplishment upon graduation.  The opportunity for the internship at the Mississippi Crime Laboratory was also quite memorable.

The accomplishment that I am probably most proud of was the senior research thesis that was part of the program.  Looking back, it probably wasn’t particularly impressive on scientific merit, but the mentorship that Dr. Kristine Willett, Chair and Professor of Pharmacology & Environmental Toxicology in BioMolecular Sciences, provided me during that time gave me my first experience in scientific research and was the beginning of my career as a scientist.

Please describe your educational/career path since graduation.
It has been quite the path.  After graduating from Ole Miss I went on to pursue graduate work in Dr. David Graves’ lab at the University of Alabama at Birmingham.  There I focused exclusively on academic research pursuits and graduated with a MS in Chemistry and a PhD in Chemistry and Biophysical Chemistry.

I had planned to stay in academic research, but an opportunity arose to take employment as a Forensic Toxicologist at the Virginia Department of Forensic Sciences in Richmond, VA.  I spent 5 years there doing crime laboratory-based scientific work and testifying in court as an expert witness.  I then took an opportunity with the Alabama Department of Forensic Sciences in Birmingham for a management role as the supervisor of their forensic toxicology section.

My career progressed from there to become the Chief Toxicologist for the State of North Carolina for their Office of the Chief Medical Examiner in Raleigh, NC.  I served as the Laboratory Director and managed the State’s postmortem toxicology program.  Recently, I transitioned into a new role in the private sector as the Scientific Director for Quest Diagnostics-Toxicology in Lenexa, KS.  It has been a busy 15 years.

My current role with Quest Diagnostic is within the Toxicology and Employer Solutions Division that is focused on drug testing for employers, federal and state agencies, and other stakeholders across the US.  The scientific principles are similar to the crime laboratories and medical examiner laboratories I have been a part of, but for a different purpose.  Quest is one of the largest diagnostic testing companies in the world and it is an extremely high volume and high complexity laboratory.  My primary duties include holding the laboratory licensure as the Director of Record for various regulatory agencies as well directing method development/validation initiatives for the business unit.  Additionally, I serve as a subject matter expert for consultation about toxicological significance, interpretation and correlation of data to Quest Diagnostic customers.

What is the value of studying forensic chemistry in today’s world?
First, I would say that studying forensic chemistry is highly beneficial to the student as it is a well rounded program that allows for a variety of future career paths.  The quality of education in these foundational courses is difficult to surpass and will serve you well in whatever opportunities that are chosen.  If one chose to stay within the field of forensic science it is a highly rewarding career where your work product is impactful, whether they are results for use in the criminal justice system or to provide answers regarding the death of a someone’s loved one.  There are very few dull days in the forensic science laboratories and it is truly meaningful work.