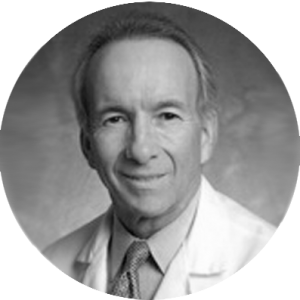 Dr. R. Wayne Alexander, a native of Memphis, graduated from the University of Mississippi in 1962 with a degree in chemistry and received his M.S. and Ph.D. degrees from Emory University in 1967 and 1968. During those years, he also attended the Saturday Morning Clinical Cardiology Conference given by Emory faculty at Grady Memorial Hospital. He graduated from Duke University School of Medicine in 1969 and remained there for his internship. He completed his residency at the University of Washington in Seattle and his cardiology fellowship at Duke University.

Dr. Alexander served his country from 1971 to 1974 in the United States Public Health Service. He became Staff Associate (Senior Surgeon) at the Heart and Lung Institute where he was assigned to the Experimental Therapeutics Branch of the Institute. Dr. Alexander joined the Harvard faculty at the Peter Bent Brigham Hospital in 1976 and became Associate Professor of Medicine in 1982. He returned to Emory University in Atlanta in 1988 as the R. Bruce Logue Professor of Medicine and Director of the Division of Cardiology. In 1999 he was tapped to chair the Department of Medicine of Emory University School of Medicine and Emory University Hospital where he remained until 2013.

With research interests in the biology of blood vessels and the prevention and treatment of cardiovascular disease, Dr. Alexander served as Vice President of Research and was on the Board of Directors for the American Heart Association. He was a senior editor of the cardiology textbook, “Hurst’s The Heart,” and was on the editorial boards of numerous publications. Emory University Department of Medicine designated the R. Wayne Alexander Excellence in Research Accomplishment Award in 2013, recognizing faculty making significant contributions to medical knowledge.

What were some of your significant accomplishments and experiences at UM?

“I am most proud of my academic accomplishments, including making the honor roll and graduating in three years. Although I cherished my experience in Oxford and regretted cutting short my time there, when I was 18 I was in a hurry to get started. The social relationships I developed were also fundamental to my future growth—pledging Pi Kappa Alpha was a big boost to my confidence, as were the friendships that came out of that. Tom McCraw, Class of 1962, became a dear friend after taking interest in my academic and intellectual curiosity, and that relationship carried over to when we were both working at Harvard decades later.”

What has been the value of your College of Liberal Arts education for your career and life?

“Above all it ingrained in me a strong sense of intellectual curiosity and a goal for continuous learning. That has perhaps been the biggest impact, and a mantra I’ve tried to ingrain in my children and professional mentees: never stop learning.”

“I gave out of a sense of altruistic duty in the hopes that current and future students will be able to focus more on their academic pursuits and worry less about their ability to pay for their education.” 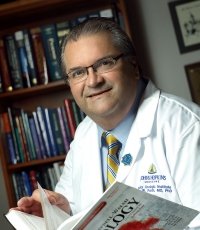 Dr. Alan W. Partin grew up playing football, basketball, and ran track at Grenada (MS) High School, and was valedictorian of the 1979 graduating class. At the University of Mississippi, he was an offensive lineman on the football team from 1979-82, earning two varsity letters. He achieved Academic All-SEC honors and received the National Football Foundation UM Chapter Scholar-Athlete Award. Alan earned his BA in chemistry in 1983, graduating Summa Cum Laude while also an Academic All-American football player. He credits football for training him to accept change and think fast on his feet—something that he says has paid dividends in the operating room.

Dr. Partin attended Johns Hopkins University for his medical training, receiving his PhD degree in pharmacology and molecular sciences in 1988 and his MD in 1989. By the time he graduated from medical school, Alan had published 50 manuscripts in peer-reviewed publications, written seven book chapters and was establishing a reputation as a leader in the field of prostate cancer. After a surgical internship in 1989, a surgical junior residency in 1990, and urology residency in 1991 at Johns Hopkins Hospital, Dr. Partin was named to the faculty as an instructor of urology in 1994. He was promoted to associate professor in 1995 and then to professor of urology in 1999. He is the Bernard L. Schwartz Distinguished Professor of Urologic Oncology.

In 1993, Dr. Partin developed what became known as the “PartinTables,” a computer model using mathematical formulas to help prostate cancer patients get an accurate prediction of their likelihood of being cured. His laboratories and clinical and surgical interests focus on developing and testing new and existing methods for predicting the aggressiveness of prostate cancers so that rational treatment decisions can be made by both patients and physicians. His laboratories have investigated many new “PSA-like” serum tests, many of which have subsequently become available for clinical utilization. He also has an academic and clinical interest in the basic science investigation of new, novel proteins that may help in the detection and staging of prostate cancer.

Alan has been honored with many awards, including the Hopkins Young Investigators Award, the Pfizer Scholars in Urology Award in 1996, and the “Gold- Cystoscope” award in 2001. In 2004, Dr. Partin was named director of the Department of Urology at the Brady Urological Institute and urologist-in-chief of The Johns Hopkins Hospital. In 2015 he was inducted in to the 2015 Ole Miss Alumni Hall of Fame.

He is married to Vicky Partin and they have four children, Topper, David, Dane and Michael. They presently live in Baltimore, Maryland.