Archive for the ‘Posts’ Category 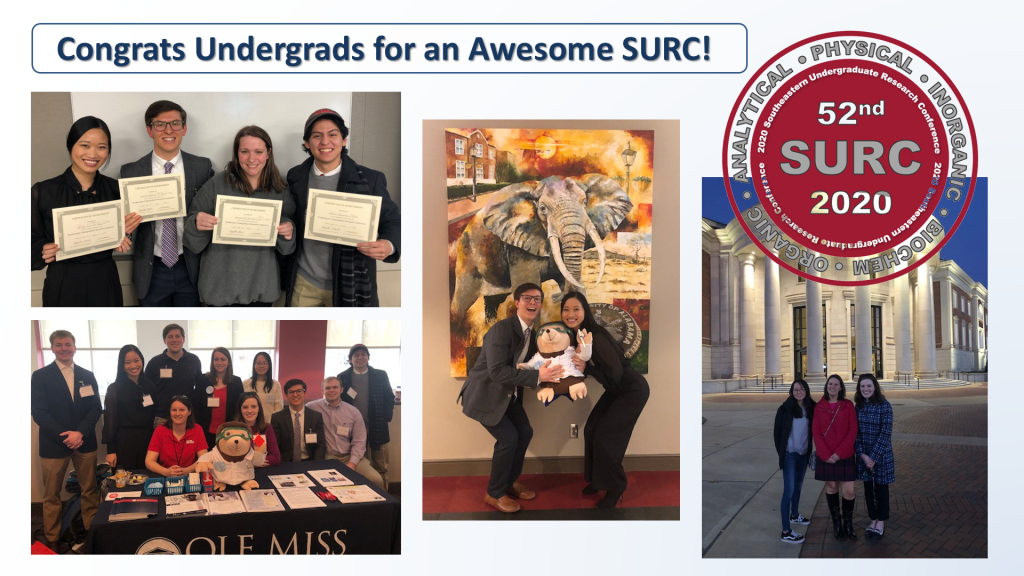 Congratulations Ivy Li, William Meador, Genevieve Verville, and Michael Valencia for receiving awards at SURC 2020 on January 25th, 2020 in Tuscaloosa, Alabama.  The Southeastern Undergraduate Research Conference is a unique opportunity for students in the SouthEastern region to present their undergraduate research work to other students and faculty members. Both oral and poster presentations are given. Students also network with graduate school recruiters and meet other students and faculty members engaged in chemistry research. Prizes are given for the best posters and oral presentations. The conference allows students to present their work in a friendly environment and obtain feedback and ideas related to their work. 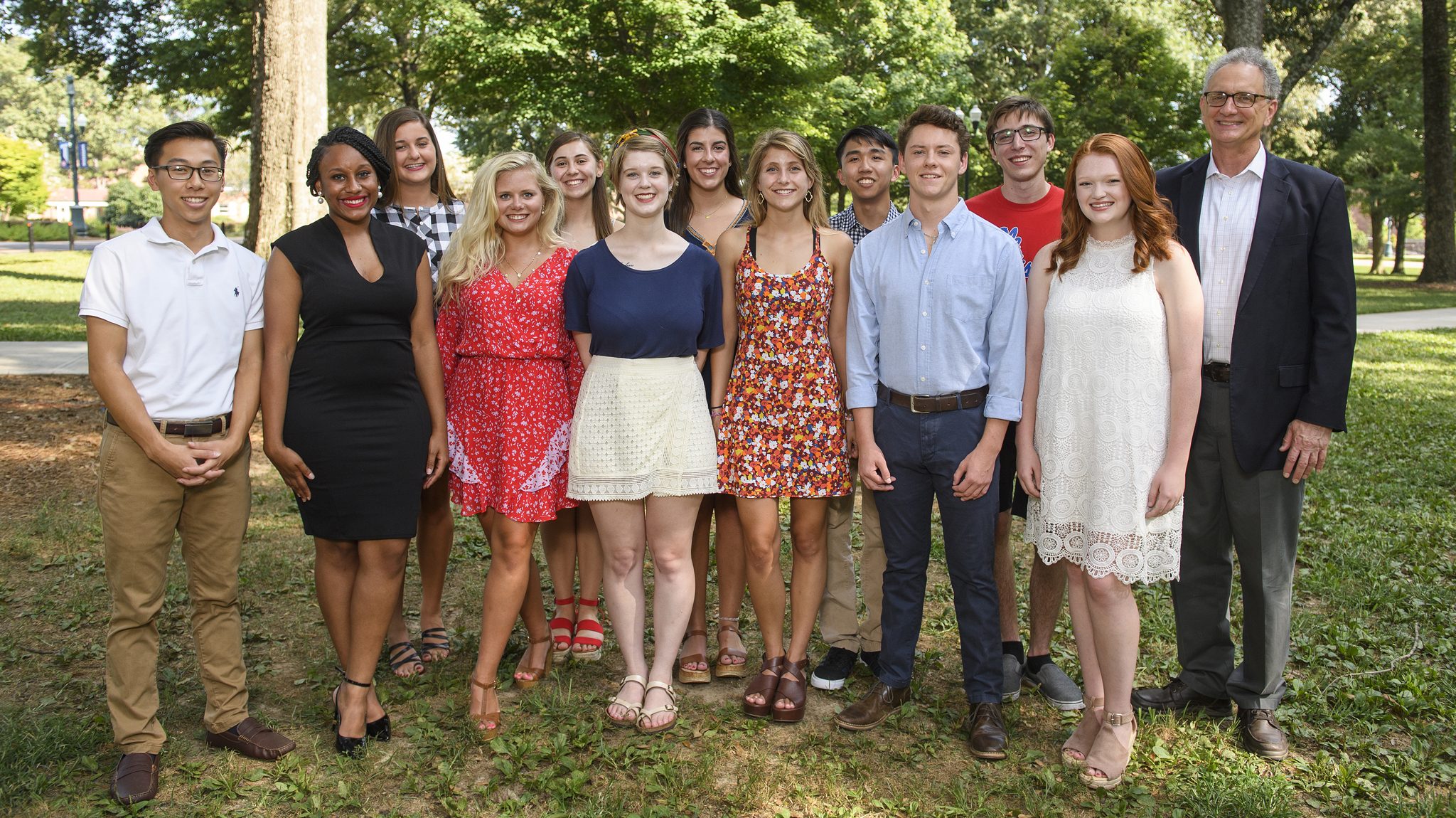 Seventeen freshmen in the Sally McDonnell Barksdale Honors College at the University of Mississippi have been awarded a total of $130,750 from four of the university’s most distinguished scholarship programs.

“Each year, a new group of high-performing students distinguish themselves to join the ranks of our SMBHC scholarship holders,” said Douglass Sullivan-González, Honors College dean.

“We are extremely proud of this year’s freshman group who already understand the demands of what it means to be ‘citizen’ and ‘scholar’ in a challenging environment. We anticipate four great years of their involvement in our university community.”

Bryant is a graduate of the Mississippi School for Mathematics and Science, where she was a Golden Triangle Area Scholar, MSMS Ambassador, 4-H Ambassador and Northeast Mississippi Student Leadership Conference Scholar. She is majoring in biochemistry.

Kiparizoska is a graduate of West Jones Junior-Senior High School. She won the AP Biology Award, first place in advertising design at the State Beta Convention, Spanish III Award and Algebra III Certificate. She is majoring in biochemistry.

French graduated from Malden Hills High School, where she was on the Principal’s Honor Roll, Who’s Who and Academic All-State in volleyball. French is majoring in chemistry.

Click here for the original story by Edwin B. Smith.